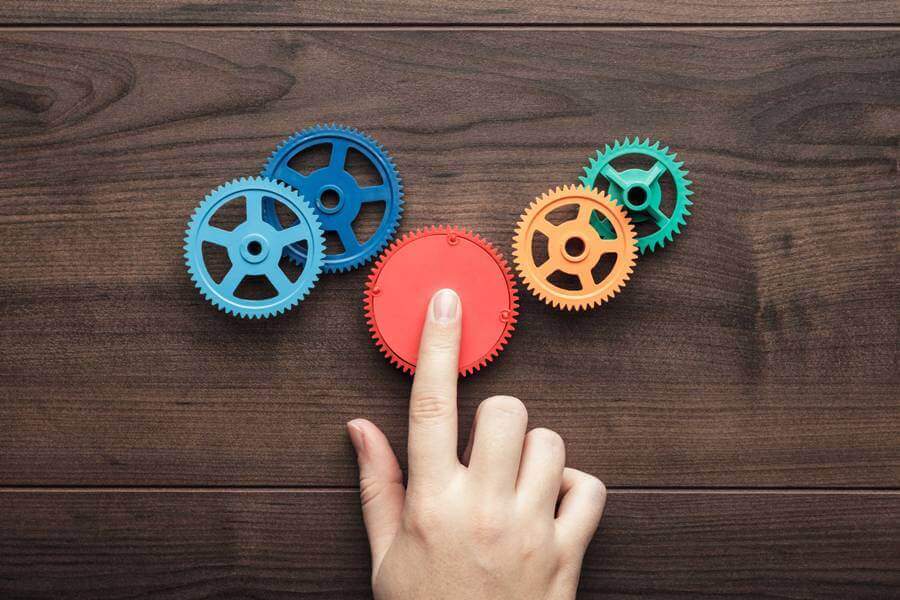 So I’ll apologise first as I have no idea where I got this article from. Its been sitting in my archive for ages and I’ve only decided to recently post it. If you know where it came from please reach out and tell me.

In regards to the article; It’s a really nice short piece that makes some good points touching on some lean and continual improvement principles. Definitely worth the few minutes to read and reflect how you and your organization approach the topic.

When something goes wrong at your company, what’s the first thing you do? Many leaders start looking for a head to roll. They immediately turn to the person closest to the problem. Whether it’s an individual, department, or division at the other end of this finger-pointing, the focus on “who done it” breeds a culture of fear and internal competition that’s unhealthy for employees and organizations alike.

At Pluralsight, we believe that people aren’t the fundamental problem behind inefficiencies and mistakes–systems are. When it comes to measurement, systems matter much more than people do. If your processes are broken, it doesn’t matter whether you’ve hired the best in the business; both performance and results will suffer at the hand of a poor system. The reverse is true as well. When you have a kick-ass system up and running, it can make average people perform like rock stars. Ordinary people can do extraordinary things if everyone involved is committed to constantly improving the processes and systems around them.

So the question then becomes: why do most companies measure the performance of individuals and not the systems they work within? Here are four points, inspired by Dr. W. Edwards Deming, that suggest why you should start doing the opposite:

Improvement speaks louder than specific results. When you think about an A-player, who comes to mind? Most leaders think they need to identify and hire those they consider to be A-players right out of the gate–people who are already high performers in their field, the top talents of their industry.

At my company, we think about A-players a bit differently. Our A-players are those who are truly passionate about continuous learning, who crave getting better at what they and others do every day, within a framework that they’re a part of building and constantly refining. While some of our A-players may be considered “average” in terms of initial individual performance level, it’s not about where they’re at today. It’s about where they’re going to be a month, a year, or two years from now. How do our A-players improve? Through our systems.

If you design a system well within a culture of continuous improvement, then that system will keep evolving. Within such a system, average people grow over time–even if they don’t start out at the top of the class in terms of numerical performance. By hiring for commitment to learning rather than star quality, you also avoid the problems that come along with rock stars–which often include placing a higher premium on their own performance than on that of the larger group.

Teams develop a wider view. Organizations that focus more on personal performance than on systemic performance end up with disconnected divisions and internal competition that detract from umbrella goals and ultimate outcomes. In such an environment, it doesn’t take long for sub-optimization to infiltrate your culture. The natural outcome of sub-optimization is a narrow focus on “me” and “mine,” whether that refers to one person or a single part of the company at the expense of the entire organization. Each team and department–or in some cases each person–within these larger groups begins honing in on what’s best for their own piece of the puzzle. As a result, they lose sight of the big picture that everyone is ultimately trying to create together.

We’ve seen this at Pluralsight in relation to our course publication process over the years. Our production team members are responsible for the final review of our courses and putting them on our website, which sits at the end of several consecutive course authoring and review processes. Earlier in our evolution, we only asked the production team to focus on how to make their singular part of the system more and more efficient.

As a result, we missed the forest for the trees because they weren’t empowered to look for flaws in the preceding processes that could have been more easily addressed before the course even reached production. Alternatively, as we encouraged the production team to pay more attention to what’s happening before them (and after them), they began identifying multiple opportunities for system-wide improvement that has now allowed for easier fixes on the front end. This systems-level awareness can save everyone significant rework late in the game.

As different divisions work toward optimizing the whole system as opposed to sub-optimizing their individual parts, they can together make major improvements to the system as a whole–and ultimately to the value delivered to customers–which is what matters most. As we learned through painful experience, while individuals or small groups may realize initial gains by maximizing their own results, this tunnel vision hurts company productivity in the long run.

Contrary to the individualist nature of sub-optimization, systems-based thinking is team-based. The latter mentality moves companies away from short-sightedness by encouraging everyone to consider what’s optimum for the entire structure. When the whole company takes this approach, employees start prioritizing shared outcomes–even if it means failing to optimize what’s best for themselves or their group in the short-term.

When everyone is aligned to sniff out areas for system-wide improvement, innovation becomes institutionalized. When no one is afraid that their creative solutions will be penalized if they don’t work perfectly the first time, then they’ll be much more committed to continue digging for the best options. The corporate mantra then becomes: nothing is ever good enough, and you will never be punished for trying to improve things.

Your teams will move away from leak-plugging, finger-pointing, and fear-based compromises that ultimately don’t accomplish anything. Instead of seeing only defects or negative outcomes, they’ll recognize what’s causing these problems, figure out how to fix them, and grow from the experience.

The greater good becomes the main focus. The idea behind all of these concepts is the importance of everyone looking beyond themselves and their own teams to understand that the goal is to be part of the organization’s broader vision. When you have a culture of endless improvement focused on systems rather than people, it encourages more communication, more collaboration, and a much more extensive view of what’s happening, so that people can work together–as teams and even across teams–to consider the whole in their decision-making.

While it’s each person’s responsibility to seek betterment of every activity and process they touch, an effective leader will strive to work ceaselessly on the overall system, whether to improve workflow, work design, tools, or training. People can’t do their best job when the right systems aren’t in place–and that comes down to leadership’s ability to create a culture that always focuses on the greater good.