The cargo cult of digital transformation. 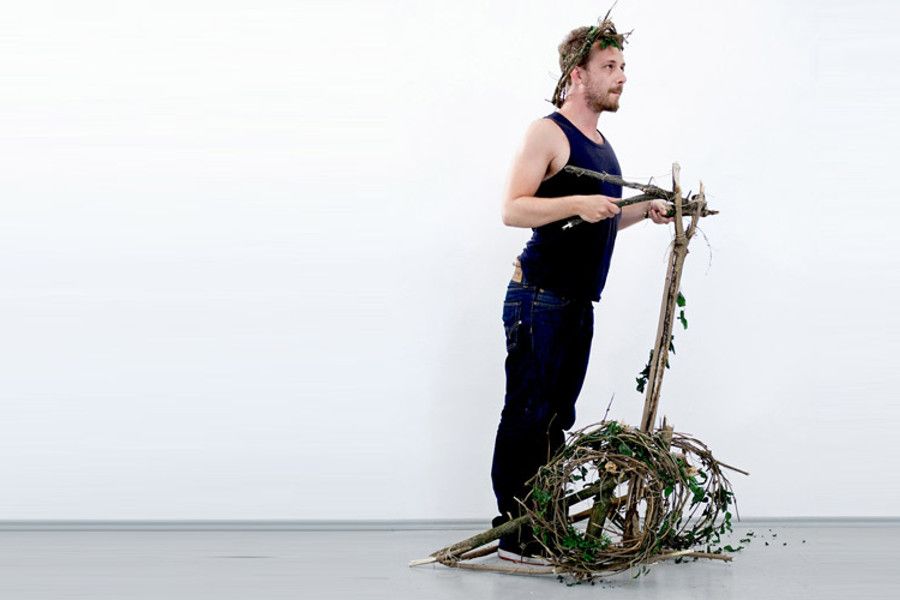 I’ve recently seen first hand, a tiny team spend a considerable amount of budget closing off and transforming 1/3 of their office into a “digital corner”. It’s made up of beanbags, digital whiteboards, designer stools etc - which today nobody uses. I’m quite convinced someone’s done some kind of study in regards to stock price growth vs number of hoodies/bean bags/foosball tables and made the assumption that’s the clear correlation.

I started having a read on the weekend in regards to what others had seen from this strange cargo cult phenomenon and it certainly doesn’t seem I’m the only one who’s nervous about the naive direction many are headed.

With all that said, I would really like to stress I generally agree and support the potential of digital transformation. I just believe it’s absolutely critical to understand the underlying principles that worked in other industries and how to apply these to our different and complex businesses. Merely applying the same tools won’t bring the culture, results (or stock price) people are wishing. It really reminds me a little of when people randomly started over applying 5S principles in the office during the early days of the lean roll-outs.

The Renault-Nissan group, one of the largest car manufacturers in the world, recently announced the hiring of ‘hundreds’ of software engineers to develop the connected car of the future. Clearly, the group recognizes the urgency and importance of responding to ongoing changes in the auto industry, and it takes the threat of digital disruption seriously.

Renault-Nissan is not alone. In the famous words of Marc Andreessen, pioneer of the Web and now a prominent VC, “software is eating the world”. What is true in the automobile sector is true in almost every industry: music and the media, of course, but also construction, electrical equipment, energy, finance, insurance, you name it. No industry is immune to the profound changes brought about by digital. Supply chains, manufacturing facilities, service, and products are now all increasingly digital and information-driven.

And many threatened incumbents won’t be caught asleep at the wheel. They know what’s going on, and have reacted with a flurry of initiatives, rolling out ‘digital strategies’ and ‘digital transformation’ plans, and appointing ‘Chief Digital Officers’. And of course recruiting software engineers, data scientists, and other Web experts by the thousands. Oh, and mobilizing ‘design thinking’ of course.

But will it be enough? Nothing is less certain. In that, the Group, like many other incumbents threatened by the digital disruption, might be creating a “cargo cult” atmosphere that will do anything but solve the problem.

What is a cargo cult? Soon after WWII, anthropologists in New Guinea noticed an unusual phenomenon: tribes deep in the interior of the country were building full-sized ritual airfields and airplanes out of bamboo, grass, etc. Anthropologists soon discovered that withdrawal of military forces had created a scarcity of modern technological goods, and the tribes, under the influence of so-called “Cargo Cult prophets”, were converting communities’ desires for these possessions into the external forms that had brought them in the past. The hope that these prophets shared with their followers was that if the correct external forms were present, the actual goods associated with them would arrive.

One cannot help thinking about this cult when observing large incumbent companies reacting to the digital disruption. The external forms of taking on board the disruption are there for all to see, but nothing has changed from the inside, and the actual goods might never come. And we have been here before. During the dot-com boom of the 1990s, for example, one of us worked in a major British bank that brought a foosball table into the workplace, because senior executives had seen them in Silicon valley startups. We never saw it used, and the startup didn’t start.

Or consider the case of Nokia. For years the Finnish company, which was the leader of the mobile phone market from 1993 to 2008, invested in software. It had thousands of software engineers. It had an operating systems - several in fact. Yet when the mobile phones industry changed its paradigm from hardware to software, with the introduction of the iPhone in 2007, Nokia went off track. It quickly lost its leadership, and has disappeared since. Hiring hundreds, or even thousands of software engineers, doesn’t make you a software company, because that doesn’t make you change the mental model of the organization. External forms do not guarantee delivery of actual goods.

Worse, a conscious effort with a Cargo Cult approach will leave you stuck in the middle. Bob Schanks, CFO of Ford, sees the auto maker as a technology company, and Ogi Redzic, head of connected vehicles at Renault-Nissan, indicates that “like cars look more and more to telephones, Renault-Nissan has to look more and more at a computer company.” But this might prove an illusion: It’s difficult to be “more and more” a software company. You either are or you are not. Adding a foosball in your lobby won’t make you a startup company anymore than building wooden planes recreated the flow of American goods in Guinea sixty years ago.

One of the lessons of the disruptive innovation research is that when a business requires a new business model, i.e. new processes, new resources and new values, it must be lodged in an ad-hoc, autonomous entity. Building the disruptive venture within the same organization will simply lead to the same result as Nokia: it will fail, swallowed by the power of the existing model, and it won’t be for lack of trying. Millions, if not billions of dollars will add to form, but won’t deliver actual goods.

In defining their response to the digital disruption of their industry, incumbents in threatened industries might do well to ponder Nokia’s lesson: it is a business model, and therefore a cultural, issue. Unless they change the culture deep down, and the best way to do that is to create an autonomous entity from scratch, they will end up just like the tribes of Guinea: pretending to play, but in fact slipping into irrelevance.