Germany risks being left in the digital dark age. 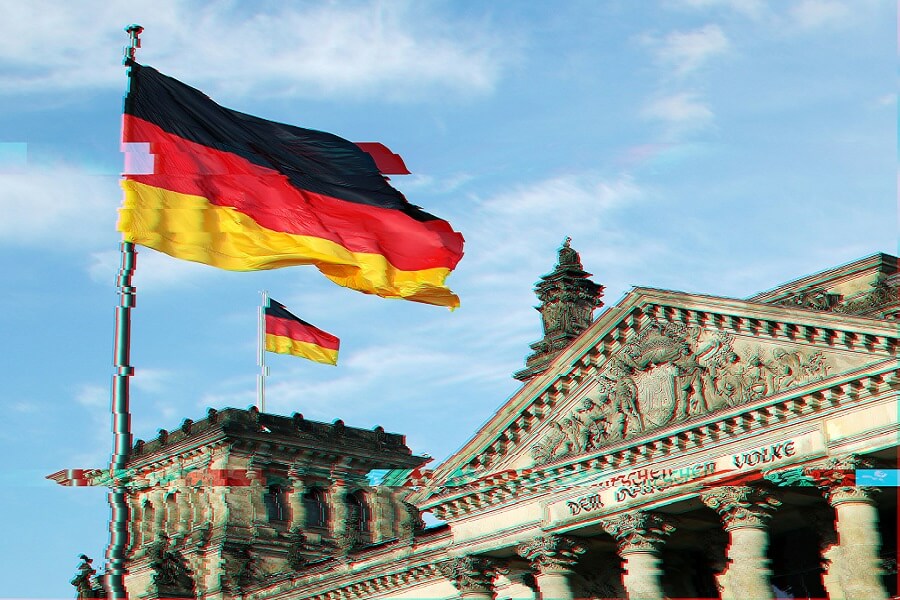 Obviously being someone active in this field and having my family and future invested here in Germany, this is a topic that I have quite strong opinions on.

While reading this (Originally found here in the Handelsblatt) I had to openly admit I see quite a bit of this myself in my day to day dealings. Certainly a very interesting piece and well worth the read.

We Germans have a huge problem. We invented the car. We have some of the best engineers and 11 of the 100 most valuable brands. We’re the economic powerhouse of the European Union. But we missed a train, an important one. And it is pulling away fast, while we are chugging along with our stuttering diesel cars. That train is digital innovation.

Most of us still live in denial. The Made in Germany brand still stands for quality, we intone. But we should start asking ourselves some honest questions: Why is disruptive innovation in the car industry coming more from the US and China than from Germany? Why does Made in Germany include no leading digital product? Why is there no German website among the 100 most visited? And why are we only in ninth place on the Global Innovation Index?

As a founder of a digital-innovation agency, a former employee of a large German corporation and a start-up entrepreneur, I‘ve had the chance to play fly-on-the-wall in the secret hallways of German companies. Small or big, they all have the same problems: hesitant managers, missing tools and unhelpful politics.

Start with the management. The problems here begin with Germany’s rigid hierarchies. Most German organizations are shaped like a pyramid. An employee reports to his supervisor. And the supervisor reports to his super-supervisor. Working life is an endless tale of delegating, scheming and blaming. Innovative ideas stand almost no chance in this culture. An employee shouldn’t need explicit approval to experiment and to innovate; innovation implies at least some creative spontaneity and autonomy.

Take the example of Spotify ,  a company based in Sweden that is the largest music-streaming platform. It has small, autonomous teams. These so-called squads can decide what to build and how they want to spend their budget. They don’t have to ask for permission.

German companies work in the opposite way. German managers suppress autonomy and look instead for “consensus.” Faced with a decision, they chop it into smaller and smaller parts until everybody agrees. But consensus-seeking does not foster fundamental changes and thus innovation. Creating new digital business models requires bold decisions by individualists. Waiting for everybody to agree is anathema.

At almost every client I’ve worked with, I’ve encountered Stone-Age tools. The German teams I’ve seen still use e-mail to communicate. Chat, video-conferencing, applications from Slack to Trello, are often not even allowed. To track projects and numbers, the Germans still use Excel and MS Projects. Should they dare to ask for a whiteboard, they’re in for a long ride with the purchasing department.

Why can’t we find state-of-the-art tools in our offices? Germany is notoriously strict about data privacy. Companies operating in Germany have to make sure that data  is anonymized and stored in accordance with the law. These data rules are a big reasons why German companies have to stick with their old tools. But every day that we Germans obsess about data, thousands of businesses elsewhere merrily and creatively forge ahead without us.

Why can’t we find state-of-the-art tools in our offices?

As a consequence, German office workers send or receive 122 emails from the average company email account every day. If you assume a 9-to-5 shift, that’s one incoming or outgoing mail every four minutes. And we Germans write these in the most perfect and formal way possible. We don’t say, “Thanks, Bob, I’m on it.” We say, “Most honored Prof. Dr. Schmidt, herewith we inform you…”.

New software can cut some of these horrendous wastes in energy and time. The new tools also create an ambiance that is much less buttoned-up than the typical German corporate environment. And this is not only about internal communication, but also about talking to customers and tracking web campaigns.

Modern tools are the foundation of ideation and innovation. How can you expect your employees to be nimble with their ideas, when their infrastructure is clunky? If employees aren’t allowed to use any top-notch digital products at work, how on earth should they know how to create them?

Another problem is that German politicians, sorry, just don’t get it. Just take the leaders of our two biggest parties, which just agreed to continue governing together. Andrea Nahles, the incoming leader of the center-left Social Democrats has declared digital capitalism the enemy of “socially” acceptable markets. And Angela Merkel, the chancellor and leader of the center-right Christian Democrats, has famously called the internet Neuland (“uncharted territory”).

As a result, our policymakers have long neglected our digital infrastructure. We have the world’s fastest autobahns, with no speed limits. But we use country lanes for our binary zeros and ones. As of late 2016, only about 2 percent of German broadband connections were through fiber-optic cables, compared with more than 50 percent in Latvia or Sweden. According to the European Commission, Germany ranked 28th of out of 32 in broadband coverage.

As a result, almost all my small to medium-sized clients in rural areas have mediocre or slow internet access. One of my clients struggles to communicate with customers in other parts of the world. Another lacks the infrastructure to run big-data applications. How can we expect to be leading in digital innovation when we can’t even get the basics right?

Finally, Germany doesn’t have enough people with the right skills. According to a recent study, German companies have 1.6 million job openings they cannot fill. Deutsche Telekom can’t get enough cyber-security experts. Some of my clients haven’t even found a single applicant for positions in artificial intelligence.

One explanation has to do with German schools. Some consider themselves lucky if they have a single computer in their classrooms. According to a report Germany must invest nearly €3 billion a year in technology for schools if it wants to stay competitive globally. A lot of students already come to school knowing more about the latest technology than teachers do.

Companies nowadays have two main jobs: churning out their existing products reliably and well, as well as discovering new products for the future. We are world-champions in the first category. But we are behind in the second. So it is high time that we make digital innovation our priority. We have to invest in our infrastructure and education, now. We must also rethink our management styles and organizational culture. And we should relax about adopting new tools. Not all new software is as much of a risk to our privacy as we fear. And when it is, there are usually practical work-arounds. If cloud software is out of the question, for example, there are usually open-source or private cloud alternatives.

These days, innovation is not optional. The digital revolution will happen – with or without German participation. I would rather we participated.